Functioning of the keyboard

The Velotype keyboard is a chord-keyboard. This means multiple keys are being pressed simultaneously, creating complete syllables or words at once. In contrast to the standard Qwerty keyboard, on which keys are being pressed one by one, and single characters appear. It is not a phonetic system, but orthographic. The typist has complete control over the spelling of the words.

At the same time it has an ergonomic design. The movement of the hands and fingers is minimal. The position of the hands is very natural and relaxing. That way it is possible to type very accurately at a high a high speed for a longer period of time, with a reduced load on hands, wrists and shoulders.

Below is shown how the hands are placed on the keyboard. The colors correspond with the fingers being used for the keys. There you can see that the most flexible finger of the hand, the thumb, has an important role to play. And even the palm of the hand is being used to press keys. 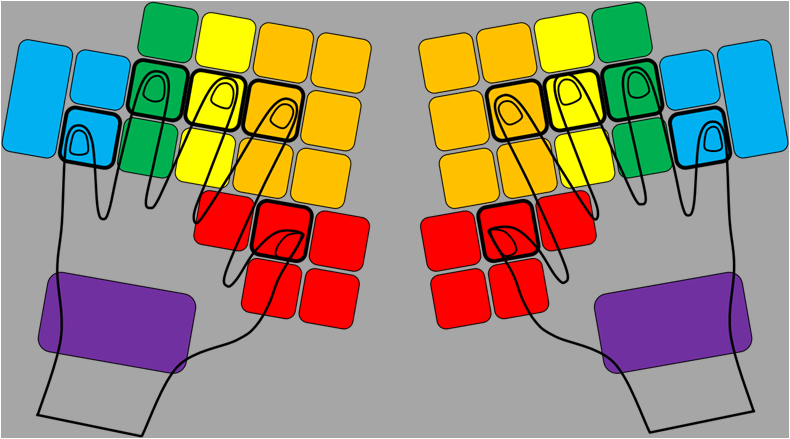 The keyboard is divided into 3 parts. The lefthandside of the keyboard contains the keys creating the initial consonants of the syllable. In the center the keys for the vowels. And on the righthandside the keys to create the final consonants. 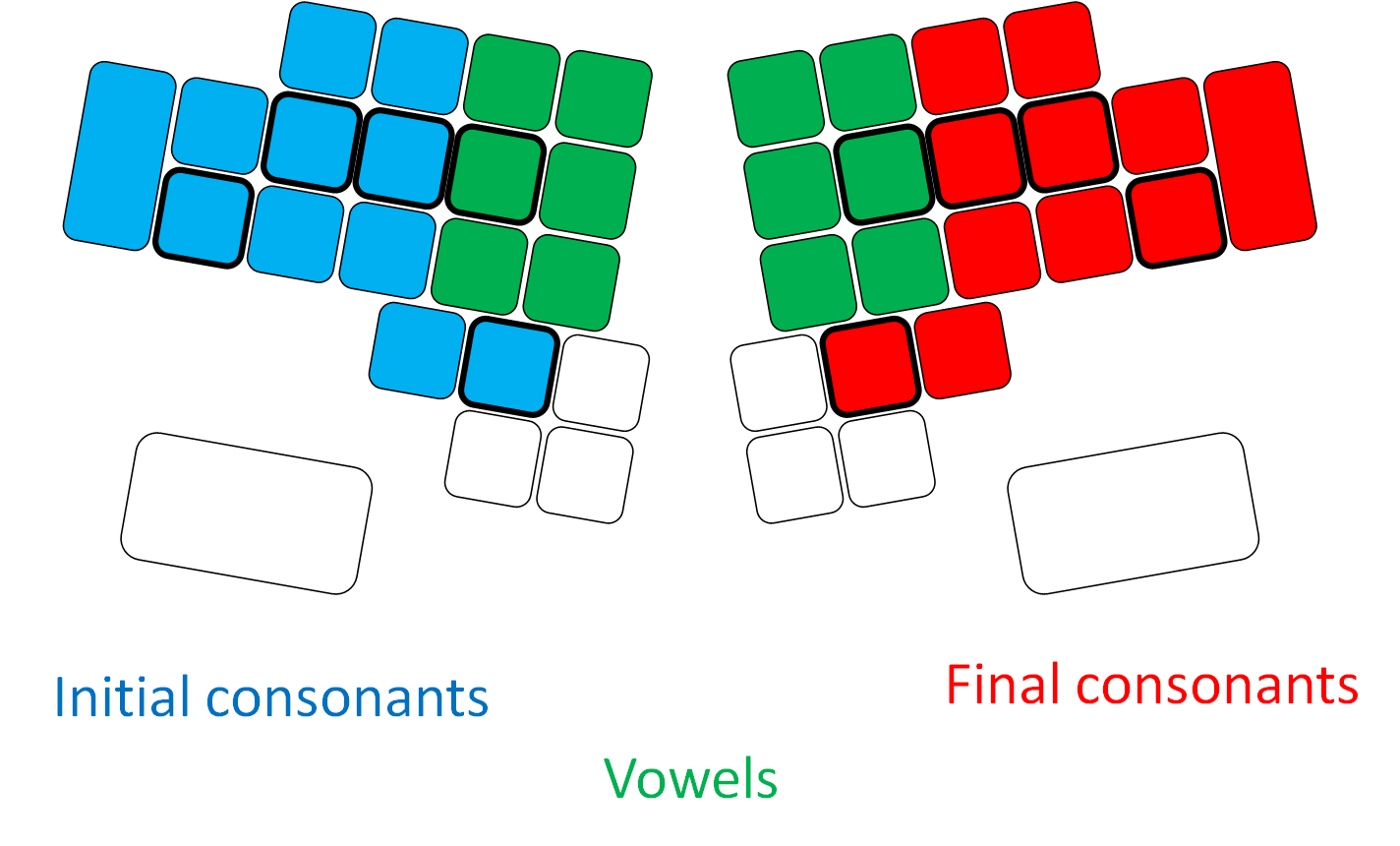 We will start with typing of some individual letters. In the animation you can see how keys correspond one on one with letters.

Some letters are being made by pressing 2 keys at once.

Initial consonants, vowels and final consonants can be pressed simultaneously to create syllables.

After each stroke of keys you automatically get a space. By pressing the No-Space key with the palm of the hand at the same time, the syllables are being put together.